Celebrating the life of

This website is to allow Matt's friends and family to join together to share and exchange their memories, photos and stories. It will also be the platform to campaign for recognition of why Matt died and to stop it happening to other airline crew, passengers and ground staff.

Thanks for the support you have given to Matt’s campaign over the last 4 years it has helped tremendously in highlighting the problem to MPs and others and raising the issue at the highest political levels. It has also led to the CAA being forced to publish fume event data on their web site, information, they had been refusing to release even under Freedom of Information requests, even though this information is inaccurate and misleading. Now we have the support of many MP’s and the UK’s largest union, Unite, and with your continued support we will reach our ultimate goal, to make the government, regulator and airlines stop people being killed by toxic cabin air

The current  Government has had several Ministers responsible for Aviation over the last 12 months, the latest is Baroness Sugg CBE who was appointed Parliamentary Under Secretary of State for Transport on 27 October 2017. It is  time to push harder at the Department of Transport  through your MPs on phase 4 of Matt’s campaign, please go to the  Campaign for Matt Page and help support this next crucial phase.

Matthews last legal hearing was as the last, a pre-inquest hearing, PIH, held the 22nd of September, his birthday! The PIH was not the full hearing it was to discuss key issues and set a date and time for the full hearing which is expected to be in the first half of this year, 2018.

Matthew died on the 30th January 2014 and his funeral was on the 13th February and was laid to rest at his brothers, Charles T, home in Finland on Saturday the 12th of April where he is close to his beloved nephews Eliel and Axel and his loving sister-in-law Jenni and of course his brother. There were bubbles all round as Matthew would have expected and wanted at the funeral and the laying of his ashes. An apple tree has been planted with his ashes and will be cared for by his brother, nephews Eliel and Axel and Jenni, so he lives on. When the apples are ready we were going to make cider and celebrate with Matthew under the tree, well we would have done but his nephews got there first……

At the time of his funeral we did not know why Matt died, now we  have a better understanding of what may have caused his death, Why Matt Died. Our campaign to make sure people understand why and to help prevent this happening to others. If you haven’t already please join the campaign and help stop what happened to Matt happening to others by reading the Campaign for Matt Page and like his Facebook page . 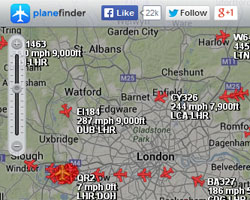 If you would like your photos or stories to appear immediately on the site please register.

You do not need to register to upload photos or stories